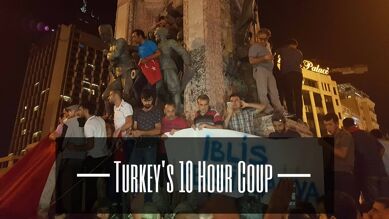 On Friday, July 15th 2016, a contingent of the Turkish armed forces attempted to overthrow the elected government of Turkey. I was in Istanbul at the time, and this is my recollection of what happened throughout the night. That evening, military forces broke into the broadcasting room of TRT News and handed the anchorwoman a document, which they forced her to read on-air. "The Turkish Armed … END_OF_DOCUMENT_TOKEN_TO_BE_REPLACED